“If the highest aim of a captain were to preserve his ship, he would keep it in port forever.”
– Thomas Aquinas

I recently went on board a ship built in 1885 that was docked in Lower Manhattan. For whatever reason, this ship outlasted others that were built at that same time. It was weathered and worn but clearly cared for. Volunteers at the South Street Seaport Museum were painting and scrubbing on the day I strolled the deck.

The dents, the stains, and the weathered floor of this ship show that it’s a well-traveled ship. I hope that it will sail again some day. 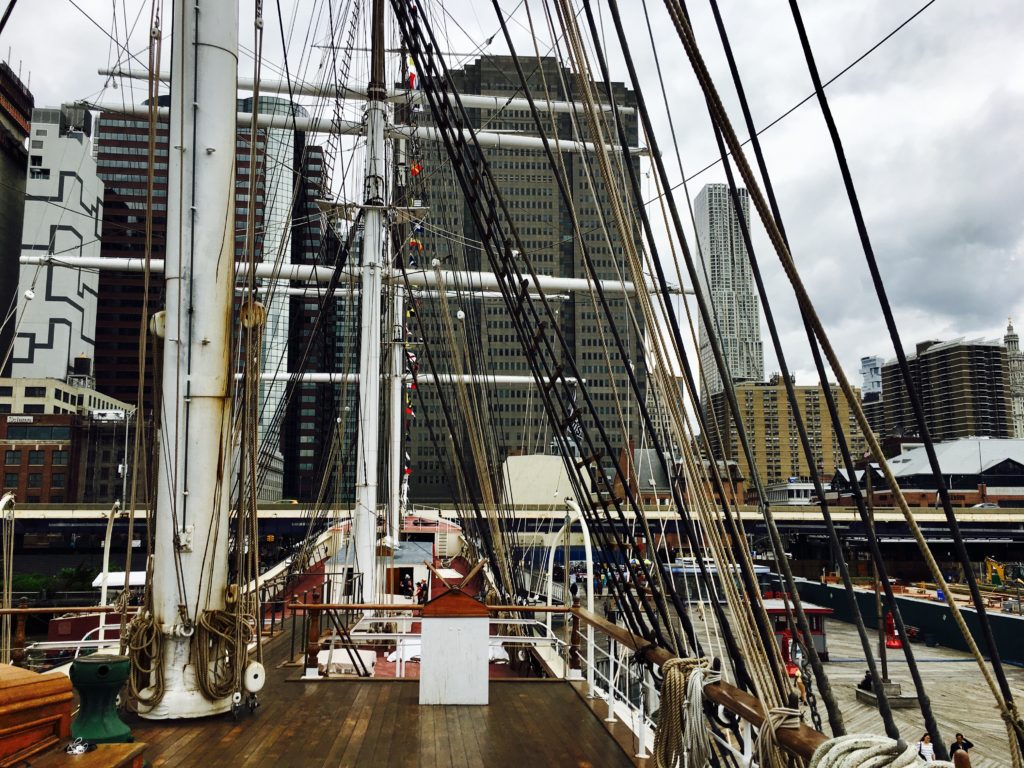 a snail’s pace is just fine