The huntsman is a shy spider. Not aggressive at all. But it’s also a very, very big spider. So some people, especially those who don’t know of its shy nature, might not react well to its presence.

I was speaking to someone not long ago and discussing how I’m an extreme introvert. He was surprised. “You’re a very confident introvert.” I explained to him that introversion is not the same as shyness, nor does it mean someone has a lack of confidence.

I had surprised him because his perception of me led to some untrue assumptions.

This (not so) little guy (or gal) didn’t stay in the bowl, by the way. He (or she) had decided to meander into the bedroom, and so I just relocated him (or her) outside.

Big but shy. Confident but introverted.

Have you had a huntsman moment lately? 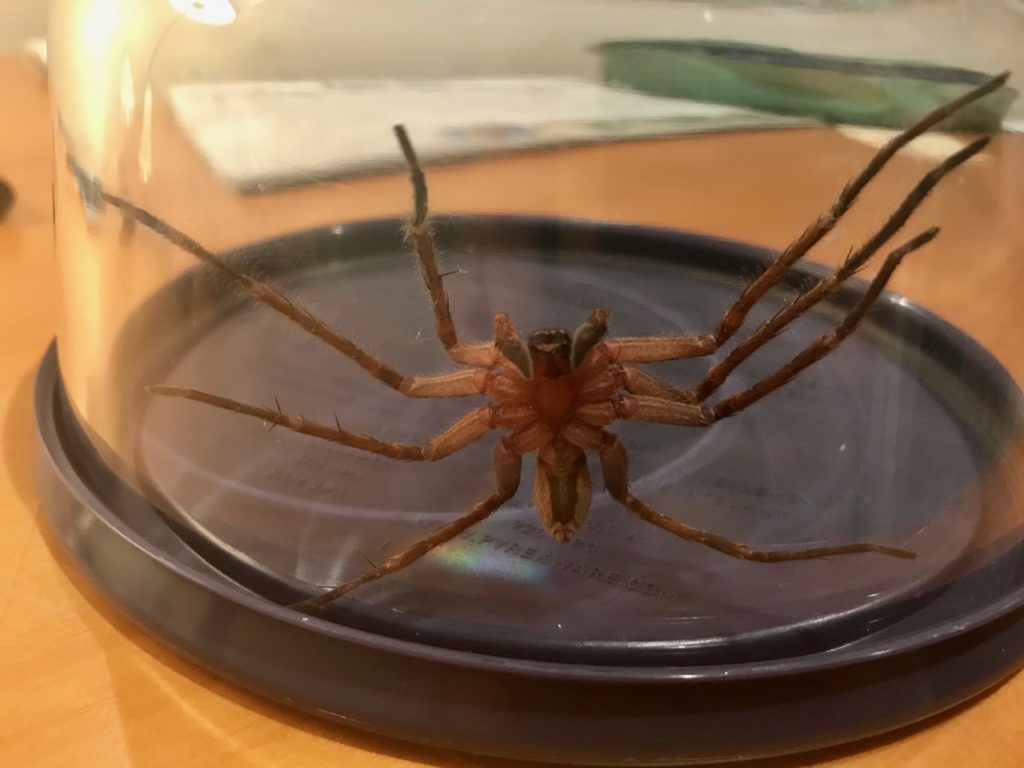