Each morning, I tip out the birdbath and refill it. Right where I tip it out is this flower. It’s just one. No other flowers with it. But it is vibrant and unusual, and it is flourishing.

This flower isn’t bothered by the water having been used the day before. (Nature is pretty good like that — understanding that usage does not equal diminishment.)

There are parallels in how we humans nourish ourselves. That old favorite t-shirt that might have seen better days but is just so darn cozy. That meal that is second nature to whip up and is the epitome of comforting. In things like that, previous usage leads to a type of nourishment.

Why is it rarely the same with ideas? At times, I find myself seeking some new idea for my work or my life. The seeking is bound together with the desire for newness. This seems completely contrary to the understanding that, when we hire an employee, when we look for a colleague, we place great value on experience (aka, previous usage). Why then do we place the expectation for all of our ideas to be new?

What if an old idea, a previous thought, pops up? What if, before being discarded, that flower of an idea is considered, even if just a little bit. What if the time that has passed since someone first had that idea was like the birdbath water, and now that “old” idea has something about it that might just be flourishing?

Pondering from a birdbath brain… 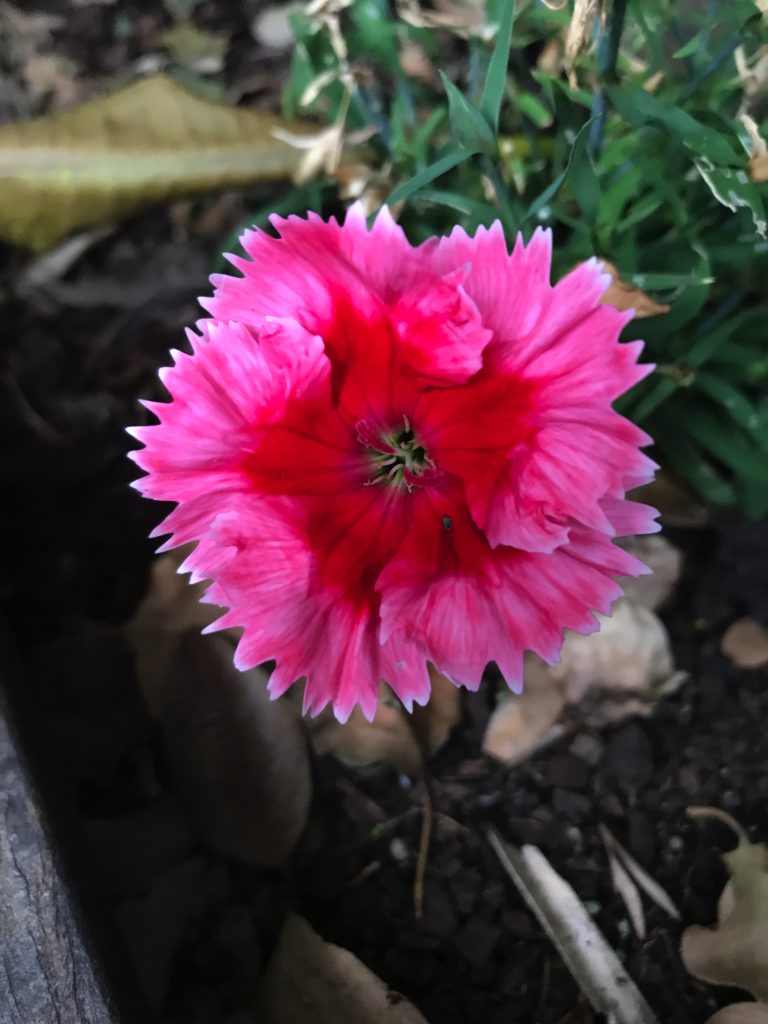 out of the mouths of…